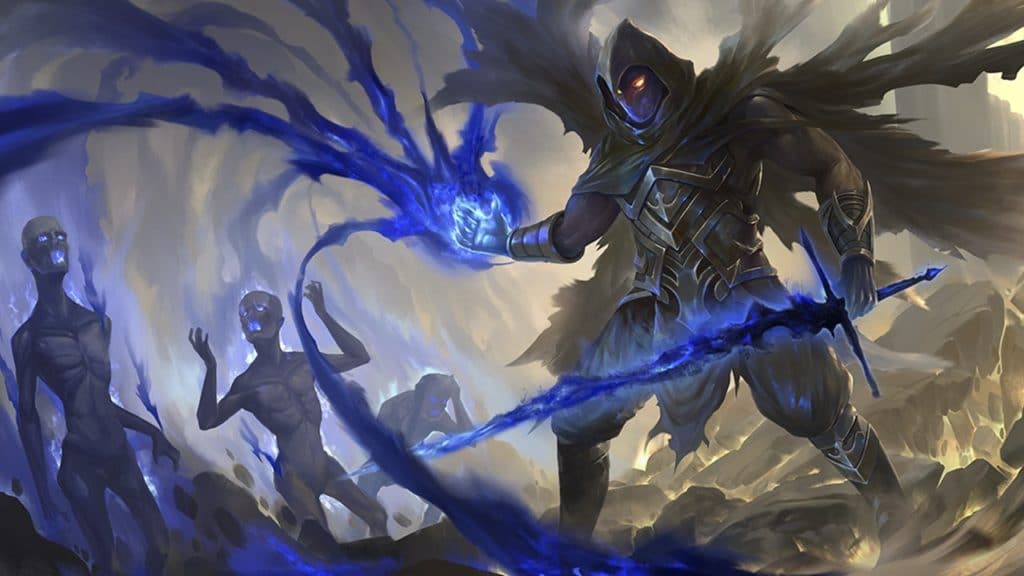 If you’re looking for a game that mixes ideas from a whole bunch of different genres including deck builders and strategy games, throw in a brilliant mythological story, and keeps it all together with PvP and single-player content, then we think that you should definitely be checking out Play Runestrike right now.

The game takes place in a world steeped in magic after a titanic showdown between the gods. It’s up to you to use your Champions to harness powerful runes, fight enemies, and gain godhood.

There is also a lot more to Runestrike, so we thought it was a good idea to write this list down to give you an even better idea of ​​why the game is worth choosing. So let’s go – these are the five reasons why you should be playing Runestrike right now.

Unlike many other games in the genre, Runestrike has a brilliant story built around a variety of different mythologies. It merges them together in a gripping story of warring gods, magical creatures and mighty champions clashing against each other.

These ideas are also deeply embedded in the mechanics of the game, they are not just facades. There are different types of magic to use and several single player campaigns to get you through. You’ll need to be on your toes to complete them all, with increasing difficulty adding to the game’s replayability.

Runestrike has a whole bunch of content, which means there will be something for everyone. Whether you are into competitive PvP or looking for a massive single player campaign, then you are in luck. Along with the campaigns we mentioned above, which include the demolition against Jupiter in Trials of Athens and the battles in ancient Egypt in the Eyeil or Ra, there is also single player play.

In the multiplayer realm, you can fight for weekly rewards against other players in the Versus Arena and climb the ranks to prove that you are the best Runestrike player in the world.

A variety of champions to choose from

There are over a dozen champions to choose from, each with their own unique skills and playstyle. There’s Morlich the Necromancer, who can use his powers to revive the dead. Other characters use powers like lightning, fire, and more to defeat their enemies.

The size of the decks here means that building powerful combinations doesn’t have to be a chore either. You will attack with magical powers, brute force, and divine abilities. And the more you fight, the more powerful you will become.

Everything is depicted with magnificent art that really brings the experience to life. Whichever way you choose to play, Runestrike is a real feast for your eyes.

There are a lot more Runestrike on the way, from new seasons to additional single player campaigns. The game is regularly updated and the season system means there is always something new to fight for.

The new campaigns will add more story-based experiences that let you learn more about the champions you love and keep things up to date. And there’s also a wonderful community here, which is involved in the design decisions that move the game forward.

The best thing is that you can get it all for free. You can buy Runestrike from the Play Store and the App Store right now without paying a single penny. And there is a player-driven economy that ensures gambling will never pay to win.

Runestrike is an ever expanding mix of competitive single player and multiplayer action that you can grab for free. If that doesn’t convince you to give it a try, we don’t know what else we can say.

You can consult Runestrike in by clicking right here. What are you waiting for?